Skip to content
Cart
What is the fear of bigfoot called? 10% off if you email the answer to christiandrake@gmail.com I cannot take credit for that lil play on letters. I saw it on a bumper sticker in Utah. Actually this is the bumper sticker I saw... how clevah'?! I want Wild Utah Project's whole line. I hope Christian buys it` for me...

So turns out we love Utah. Christian did spend a couple years in Salt Lake in college, which he took me to last year. I would like to live in Park City (in the summer). I first visited the state on a road trip after college and we hit up a bunch of national parks. I never forgot how nice Utah is and I'm so glad the Chrust and I got to see it together. Anyhow, we drove out a couple weeks ago to Saint George, down to Kanab and back up through Zion. WHEWWWWW. If you've read previous posts about our travels, then you already know that I love a good road trip. I came up with my trillion dollar idea while driving through Nowhereville, Arizona--I then googled it later that night only to find out THE IDEA ALREADY EXISTS. It was a narrated road trip app. I still think my more extensive idea is better. Do not steal it. I will be able to pull up this dated post and your IP address to prove that you stole it. So BACK OFF! (is that even possible? prob not) Remember me blabbering on about the Redwoods? Zion is the same thing, but even more crazy and more difficult to explain. Just another reminder how small we are when you drive through the inside of a mountain in complete darkness for at least five minutes and then you come out and realize this canyon IS ENORMOUS. No pictures ever do it justice AHHHH!!! It's so frustrating to want to share it with other people but you can't... you just have to encourage them to go and see it for themselves. As awesome as Zion was, it was freezing dude. I'm a puss. I hate when people say, "But you're from Boston". GUY, I moved from Boston to Southern California BECAUSE OF THE COLD. Like, why would I suddenly be immune to cold? Has anybody seen me by the way? I have the body of a 12-year-old boy. I digress, it was about 25-30 degrees in Zion. As "beautahful" as it is, my frail body can only take so much cold. And we had spent so much time in St George and Kanab we had minimal time left there...  If you picture Lord of the Rings orrrrrrrr Jurassic Park when they're flying through the giant mountains, this is similar. HUGE. AND WE DIDN'T BUILD IT! Go Mother Earth. WORD TUH YUR MOM. YOU GO GIRL. WHO RUN THE WORLD... Saint George is just this lil oasis of mild weather in the winter. Definitely on our radar for future residence. Aside from nice weather, it has the Red Cliffs National Conservation Area with trails aplenty. They're all different from each other too. I just never get sick of all the red rock and cliffs. Fifteen years ago, or however long ago I graduated college, my memory was the red rock and plateaus. It's funny all these years later, I have the same memories. Those things leave such an impact on you, if you're not a terrible person. My point so long ago was it was nice being back there. All I've had are really happy, calm memories of just staring at the landscape for miles and miles. If people grow up in Utah, do they even know that their "hills" are so cool? Are they just used to them? Do they go to New England and get blown away by how many trees are covering those "hills"? Probably not because they ALSO have that landscape too. UGH. UTAH. YOU HAVE IT ALL. You even have salt water. And lava (see below). AND MORMONS. 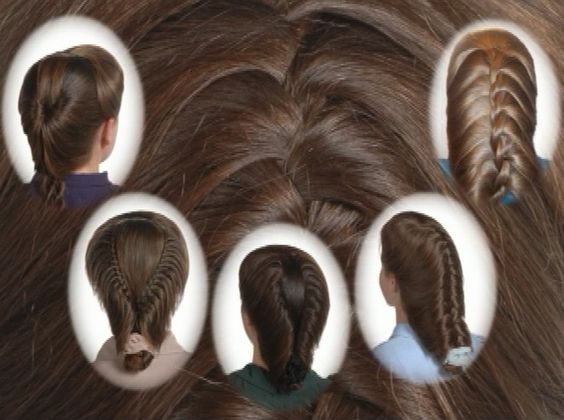 One of the hotels where we stayed was hosting a group of Mormons. A LARGE GROUP of Mormons. Fundamentalists to be exact. They dress similarly to Amish or Mennonites. However, the hairdos on these girls was cray and I have got to know how long it takes for them to style every day! I COULD NEVER. I get pissed when I have to dry my hair.

Alright Zion is Zion, St George has Red Cliffs, and Kanab... has my heart. HA. Cheese ball alert! We drove up through Arizona because Kanab is actually in the middle of nowhere and there are only two ways to get to there--please refer to my map. We finally hit a town and it is rural and I'm thinking DANG. But then we tour more of the town and it is just out in the open but lined by my favorite Utah hills. In one direction you just see flat land for miles which eventually is the grand canyon. And in the other direction are those damn red hills. FUH'GET IT. It was the best, and it's mild in the winter. What could be better? Is anyone wondering what Christian thinks? He says, "ditto". We're always looking for the next adventure or opportunity. I wonder if we could really live so isolated from EVERYTHING?! But man, you got those hills! If you live in that southern region of Utah you have the best national parks in every direction. Needless to say, I believe Christian is feeling inspired these days.

Oh, and he has a new table design coming out for counter height! ETA: THIS WEEK! Just gotta get that lazy graphic designer to update the website asap.

1 2 Next
Back to Adventures in Drake Casting Co.