When Drake Casting Co. comes across another fake on the market, people like to say that ol' line, "imitation is the sincerest form of flattery". You're right, however, that only works when it's like a sweet pair of jeans that make you feel really awesome, and then your annoying coworker shows up wearing them the next week. It's slightly more debilitating when your coworker rips off your design and starts selling it on the internet for a cheaper price. Now that coworker can go to hell in a handbasket.

I'm sorry if that sounds too extreme, but there are some questions I would like her to answer. Like, Susan, why did you think you could get away with this? What inspired you to steal someone's artistic creation and then pretend it was your own?  How did you get a hold of someone else's mold? Don't you have your own ideas, Susan? Is that even your real name, SUSAN? Probably not.

Our imitator's name has never been Susan, but it might as well be. I mean, let's get serious here, we're not stupid. We know people do this all day every day in every aspect of life. Anything that can be made cheaper, will be made cheaper and will expand the audience and buyer potential and instead of 10 people buying really well-made customized products, you are now selling crappy products to 100 people and they may or may not fall apart. But it's okay because it was so cheap you can just buy another one. Like Old Navy flip-flops in the early 2000s. Does anyone remember when this happened? Like flip-flops were NOT cool prior to 2000. We wore those awesomely ugly Adidas slip-on sandals aka shower shoes. 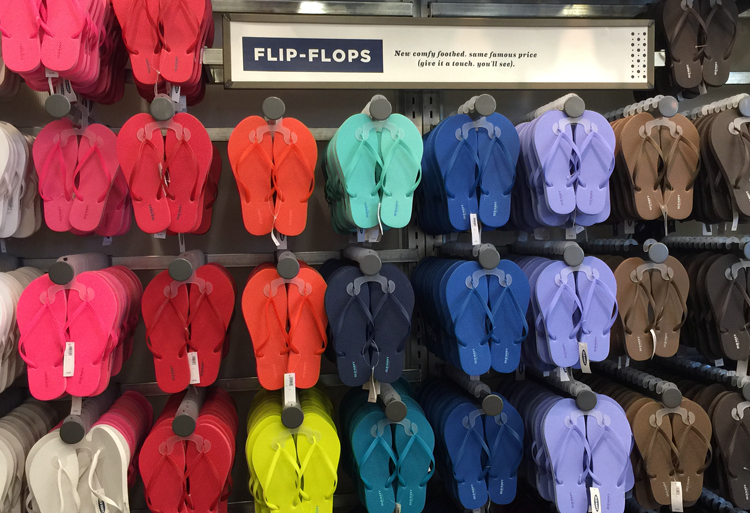 And yet, they're back now? Anyway... we all had AT LEAST seven pairs of Old Navy flip-flops in college because they were $2. And then eventually we were like, you know what? I don't need to own these super cheap pieces of rubber in every shade of green. I do however need one pair of quality flip-flops because I am a college grad and can now afford $20 Reefs! HA. They have this teensy bit of built-up "arch support" so that means quality! Nah, they really are quality because mine are still being worn. Are Reefs still in? If I'm still wearing mine from 14 years ago, probably not.

Besides the obvious point of knock-offs being cheaper quality, you are supporting someone who is only in it to make money. They know it's popular so they'll take advantage of not only the original artist, but then they take advantage of you, the buyer, by dangling a cheaper price in front of you. And if you don't know any better then you will get sucked in because what's better than a deal?

Just know this, if you find something very similar to what Drake Casting Co is making and it is drastically cheaper then it can only mean one thing: FAKE. And IT WILL PROBABLY ARRIVE AT YOUR HOUSE IN CRUMBLES. Our legs are beefy to take on a substantial amount of weight and to tolerate wear and tear for years to come. The scammers use a much thinner mold and probably won't guarantee you up to 5,000 lbs like we do! The most obvious part that will be missing is the "Drake Casting Co" has been removed from their legs. I don't mean to be a Negative Nancy  but consider this a PSA. From G.I. Joe. In 1984. (Porkchop Sandwiches!). And then pass the word on, would ya? It hurts (your heart) to have your idea stolen, and then it hurts (your feelings) when people choose fake cheapies over you, and it ultimately hurts (your wallet) when you get a bill from your lawyer going after these guys! Believe you me, we've had the lawyers get these scammers. All Drake Casting Co designs have a copyright and trademark which protects both us and the buyer's investment.

Some smart customers have started asking Christian to sign their legs or tables. They know they're buying the real deal and want to have proof down the road when they're downsizing and the legs are obviously gonna be worth $7 million. har har har #wouldntthatbenice

In the meantime, help us police the internet! Be a troll! Just kidding... unless you're into that sorta thing... Back to Adventures in Drake Casting Co.